As of any other overseas trips, we needed to look for Hong Kong styled Roast Duck to satisfy our craving for Chinese food. For our trip in Melbourne, we scoured the internet, lonely planet, tripadvisor for the best Roast Duck in Melbourne. Surprisingly we couldn’t find a definitive answer, despite the fact that I thought Melbourne is one of the cities populated with Chinese immigrants?

So we settled down to Pacific Seafood BBQ House (which has 3 outlets in Melbourne) as our choice restaurant. However when we reached Richmond at ard 9pm, the stall had all its roast ducks sold.

We ended up trying another stall nearby BBQ House Seafood Restaurant, which turned out to be quite nice as well. The sauce used was tasty, the meat rather tender and had some oil after roasting. The veg was so fresh and crispy! 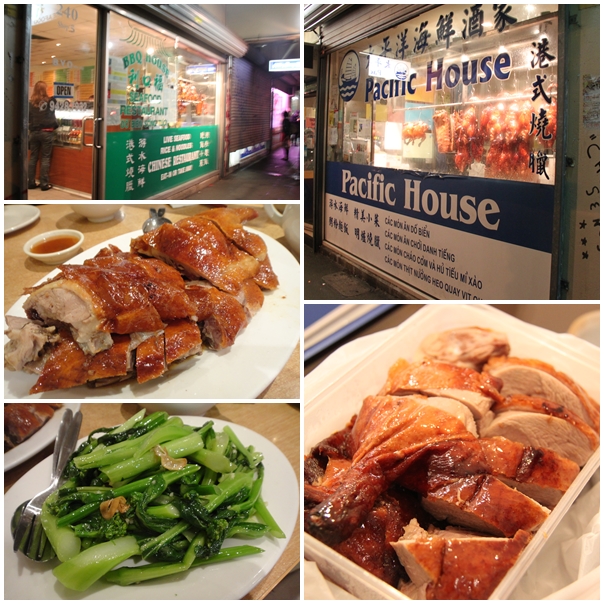 Being determined to try Pacific Seafood BBQ House, we went back again the next evening to buy takeaway at 6pm before we head for another dinner scheduled at 8pm.  The sauce is slightly more flavourful than the other stall, the duck meat had a stronger taste of the herbal marinate infused in them.

So the verdict was, both were just as good =) we were satisfied with our find. Of cos the best roast duck ard are still the ones in London.