Have long heard about this “tze char restaurant housed in a bungalow” more than two  decades ago, finally had the chance to visit them when we planned for a family gathering.

Could you imagine that my dad even commented that this place had been around since his younger days when he was dating my mum?! He shared that back then the shoreline was right behind the bungalow. I think there might be some truth in it cos I am old enough to remember that much of the land in the East Coast area were reclaimed. 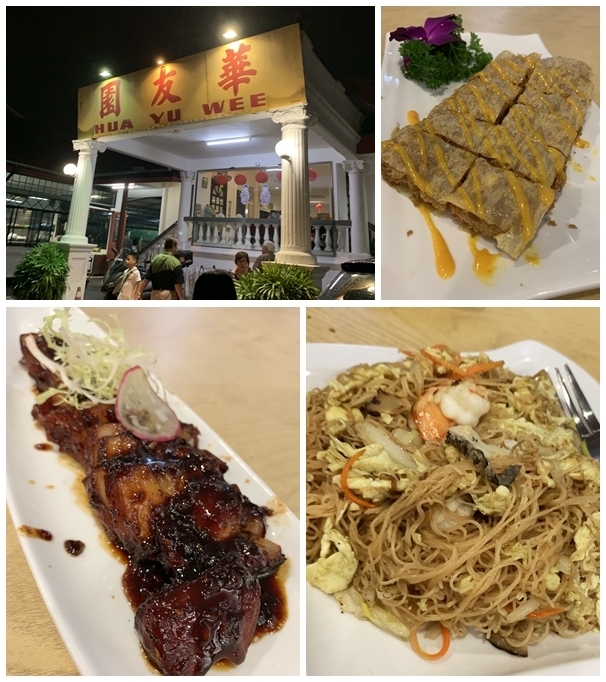 We ordered a few of their specialty dishes such as: Duck meat with seafood paste and wrapped in crepe and BBQ Pork. The duck meat with seafood paste is pretty unique, we didn’t taste much of the duck meat cos it seemed to be mashed into the paste. The filling has a light crisp wrapped under the crepe skin. The BBQ Pork was tender and coated with a light caramelized sauce. We were pretty impressed with the Seafood Mee Sua as it is a dish that requires good heat control and skills to retain the right moistness of the mee sua without it becoming too lumpy.

No visit to a tze char restaurant can be complete without the quintessential Crab dishes. We tried both the Black Pepper Crab and Chilli Crab. Their black pepper crab is probably the next best alternative to another famous crab institution in the East area – First Grade Seafood Palace. It has been a while since I last visited the latter and I’ve heard news that they had closed in 2018 (check out their FB post).

Their Chilli Crab was not bad, but just not as good as my go-to Chilli Crab place (Jumbo Seafood Restaurant) in terms of the gravy. But both crabs were really fresh with meat of firm texture.

Another testimony of the freshness of seafood was the Steamed fish.

We rounded up our dinner with desserts of Ice Jelly and Yam Paste with Ginkgo Nut served in individual size. I thought this is particularly rare to be able to enjoy a single portion of Yam Paste with Ginkgo Nut. Other than making appearances at wedding dinners, this traditional Teochew dessert is typically found only in old-school restaurants and served in one huge pot for the whole table.